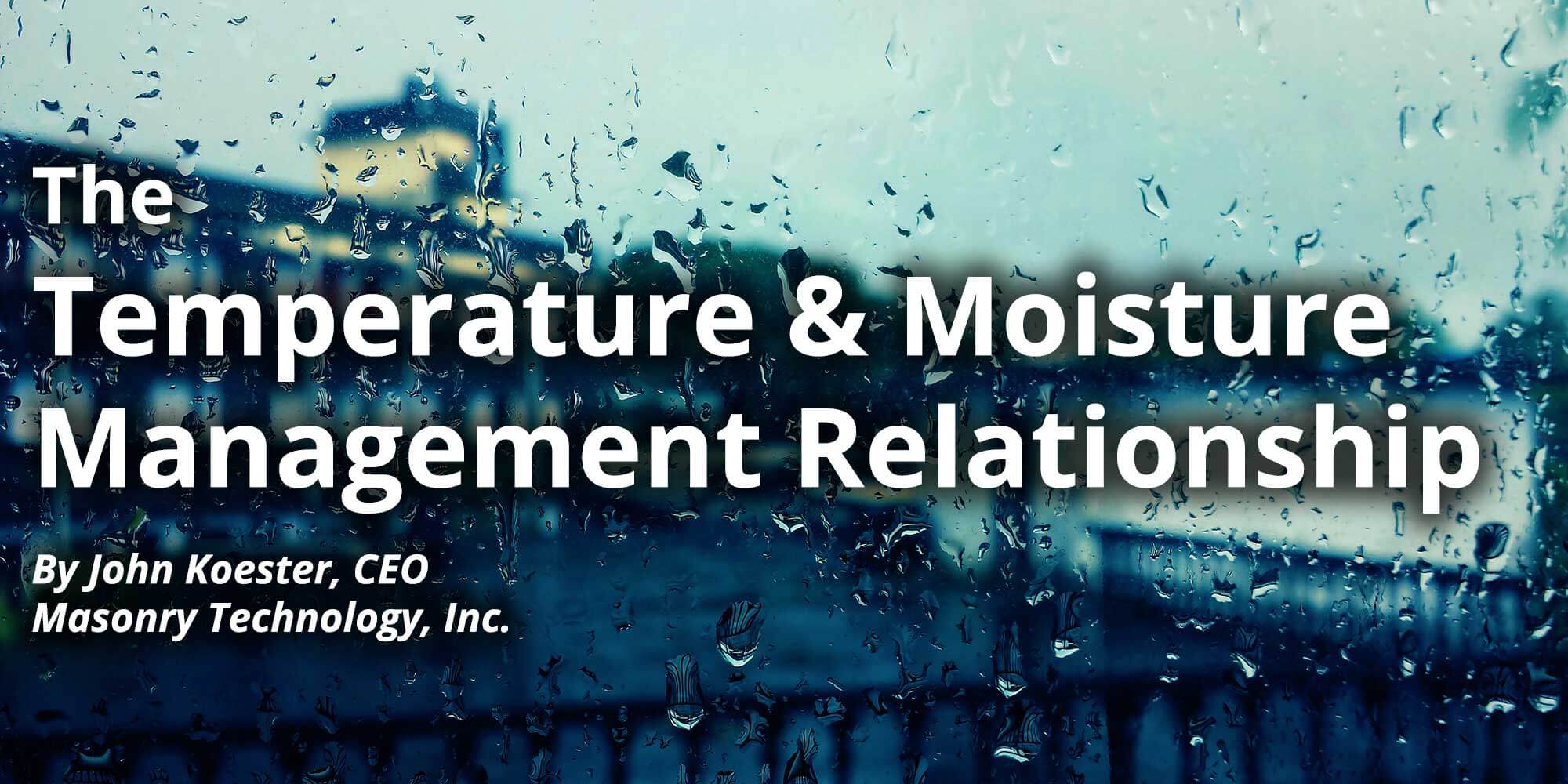 There is nothing new about the relationship between temperature and moisture management. The phrases “wet and cold” or “warm and dry” are ingrained in animal psyche for good reason. Anyone who has had a bad experience of being very cold and wet and then had the good fortune to get warm and dry before succumbing to hypothermia has not forgotten the incident. As Jack London wrote, “The Wild still lingers in us.” All members of the animal kingdom instinctively know that being “wet and cold” is a potentially disastrous condition. 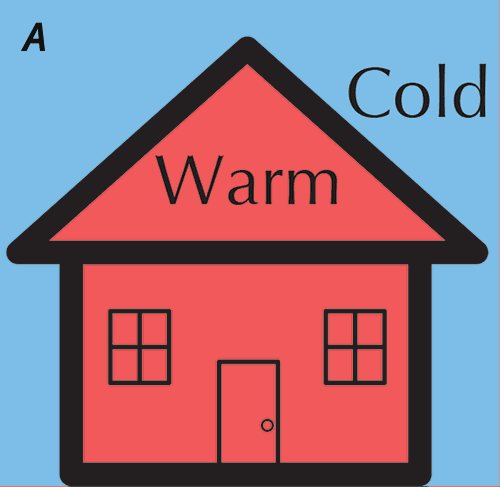 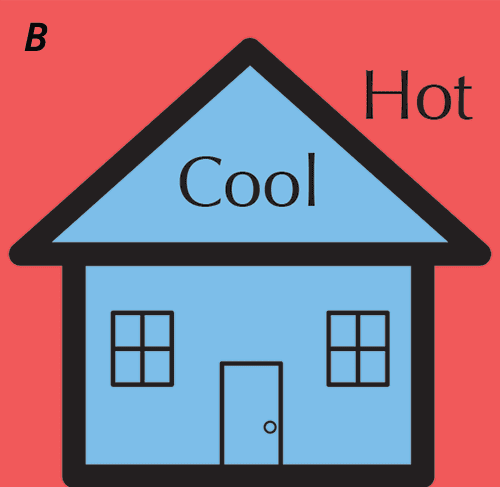 The law of physics that dominates this phenomenon is thermal conductivity. Dense materials transmit temperature more efficiently than less dense materials because the molecules are closer together. Water
is denser than air and transmits temperature 25 times more efficiently. When you are wet, the ambient air temperature can get to you more readily and your body can lose temperature to the surrounding ambient air more easily if it is at a lower temperature than your body. It’s like sticking your hand into a 400-degree oven. We’ve all opened an oven door and repositioned something being cooked. If we didn’t touch a hot surface with our hand or arm, we did it without a problem. However, how many of us would plunge that same hand into 212-degree boiling water?

Good thermo insulators have a lot of air molecules in proportion to other dense molecules and these air molecules are effectively positioned between the more dense molecules to make this separation. A good example of this is the cardboard sleeve that slides around a paper cup of hot coffee making it possible to comfortably hold the steaming beverage.

So what does this mean for the construction industry? The simple answer is, “If you want to impact a temperature relationship of a building from inside to outside or outside to inside, you insulate the exterior building envelope: the exterior walls, the floors and the roof.” (A & B) 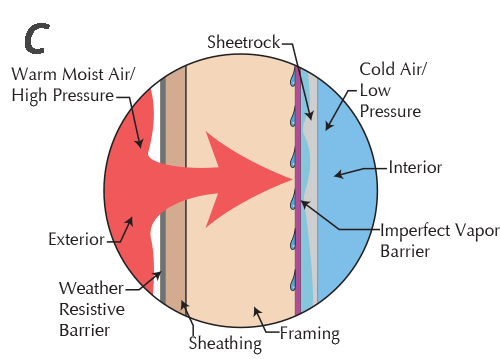 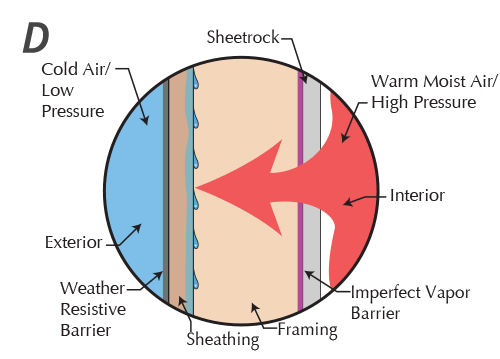 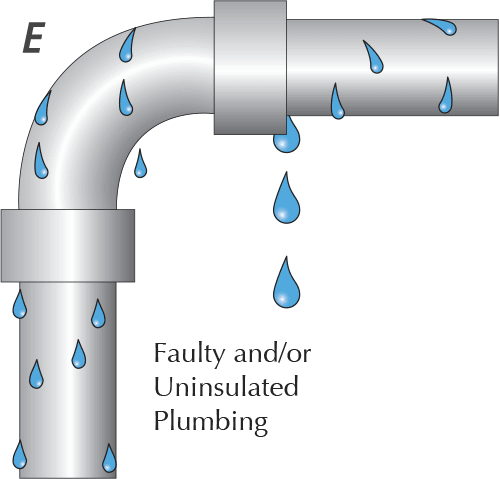 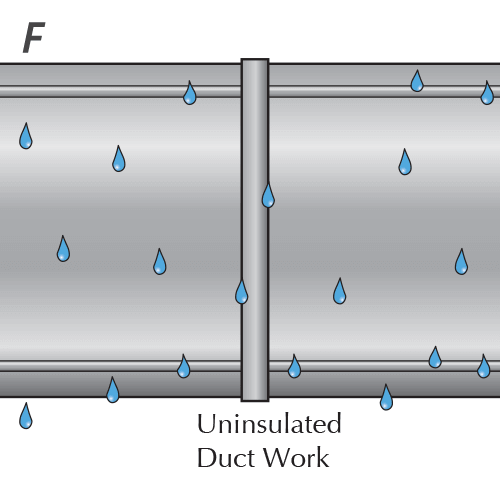 The causes of wet insulation in the exterior building envelope are many and varied: (C, D, E, & F)

There is an additional scenario that in the past has caused a great deal of problems. It occurs when board stock rigid insulation is layered against other rigid insulation or exterior sheathing or decking trapping moisture between the layers of material. This entrapped moisture phenomenon first happened on a wide scale in the early Exterior Insulation and Finish Systems (EIFS). Moisture entered these systems and became entrapped behind the rigid insulation and in front of the wall sheathing on the backup wall deteriorating the WRB, the sheathing and the structural studs. (G) 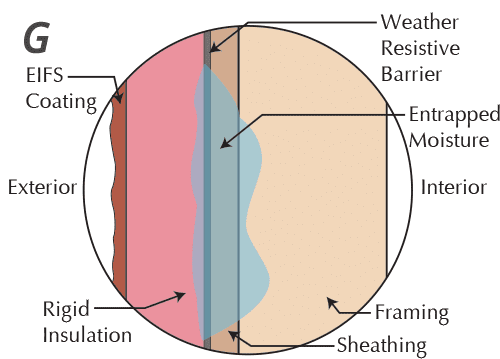 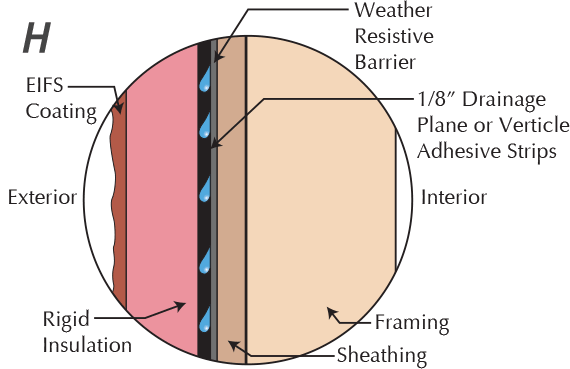 Moisture that entered the early EIFS (through any of the methods previously mentioned) became entrapped (held for an extended period of time) because there were pockets/voids in the exterior building envelope created because of variations between the rigid insulation surface and the wall sheathing surface. This negative scenario was amplified by the composition of the two layers of materials involved. (We will cover this in more depth later in the article.) The EIFS industry started addressing this problem by incorporating a 1/8” drainage plane between the back side of the board stock rigid insulation and the exterior face of the sheathing or exterior face of the WRB installed over the sheathing. Vertical adhesive patterns only and/or strips of manufactured drainage material created this 1/8” void. (H) This became the accepted solution for the following reasons:

This is not a feature of EIFS that has been widely promoted or discussed with the buying public because EIFS qualify by code as a “barrier system”. A barrier system does not allow moisture to penetrate into the building envelope and accumulate; however, the evidence shows that moisture did penetrate these systems and accumulate within the system leading the EIFS industry to add a drainage plane to overcome the entrapped moisture problem that was common with the early EIFS. Because this information was at one time proprietary and not widely disseminated, the requirement for and effectiveness of a drainage plane as a remedy for entrapped moisture is not fully appreciated by the construction industry. 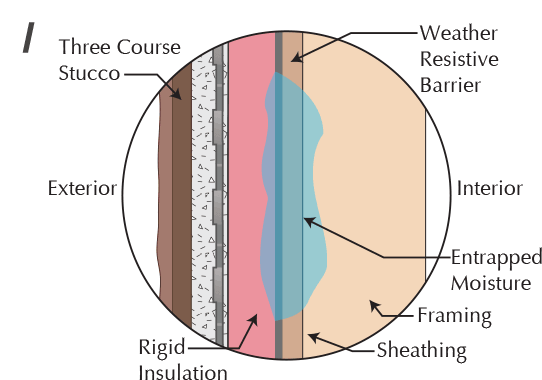 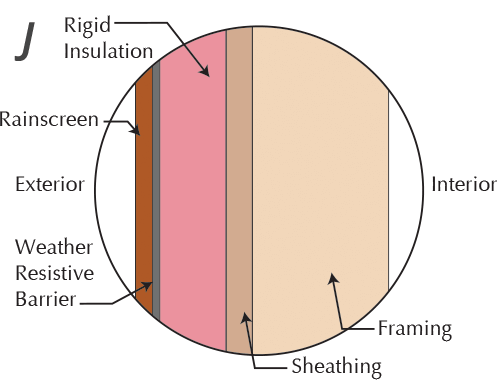 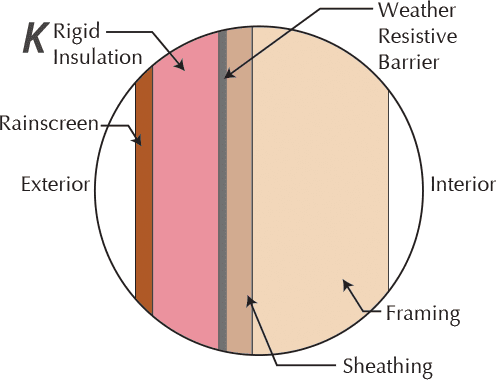 Enter the new energy code requirements: the 2009 IECC for residential buildings and Standard 90.1—2007 for commercial buildings. (A new energy code, the 2012 International Energy Conservation Code, requires even stricter standards, and may soon be adopted in some locations.) To comply the building industry is specifying rigid board stock insulation to be applied exterior of wall sheathing. In doing this, the industry is unwittingly creating a system remarkably similar to the early EIFS, but without the benefit of the drainage plane. There are numerous ongoing discussions in the construction industry related to this application. (I)

It is MTI’s position that most types of board stock rigid insulation with taped seams are vapor retarders. If this is the case, then the consequences of two or more vapor retarders (as components of the same exterior building envelope system) are very real.

Of course there are problems with the “if” and the “not knowing you are specifying/installing two or more vapor retarders in the same building envelope” scenarios. Denial and ignorance could be the title for most moisture management articles and the conclusion to most entrapped moisture problem forensic reports. “I do not have to worry about moisture being trapped in the exterior building envelope because it can’t get there,” is Denial. And “I didn’t know that material was a vapor retarder,” is Ignorance. 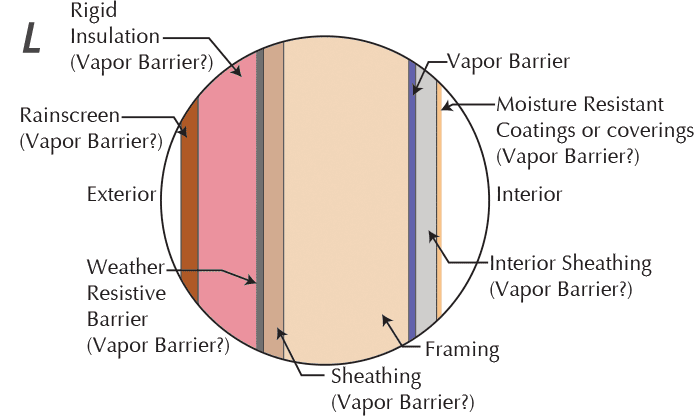 The “Denial” part is inexcusable! No experienced construction professional can be that uninformed and still be exonerated. “But I have a warranty,” as a reason to feel secure reflects ignorance – we’re not talking toasters and TVs! The “Ignorance” part is more understandable; there are many choices for exterior building components that may qualify as vapor retarders under various conditions and configurations. Rigid insulation (and other types of insulation), certain veneers/rainscreens, sheathings (both interior and exterior), certain interior wall coverings, some paints and coatings and of course, the known vapor retarders like polyethylene sheets. Knowing how the wide range of components in the exterior building envelope interacts with each other under various conditions isn’t easy. However, “not easy” is not an excuse! It is the responsibility of the specifying professional to research and determine what components and configurations will function properly. The term “holistic building” is not just a catch phrase; it is a requirement that allows an exterior building envelope to function effectively in the long term. (L)