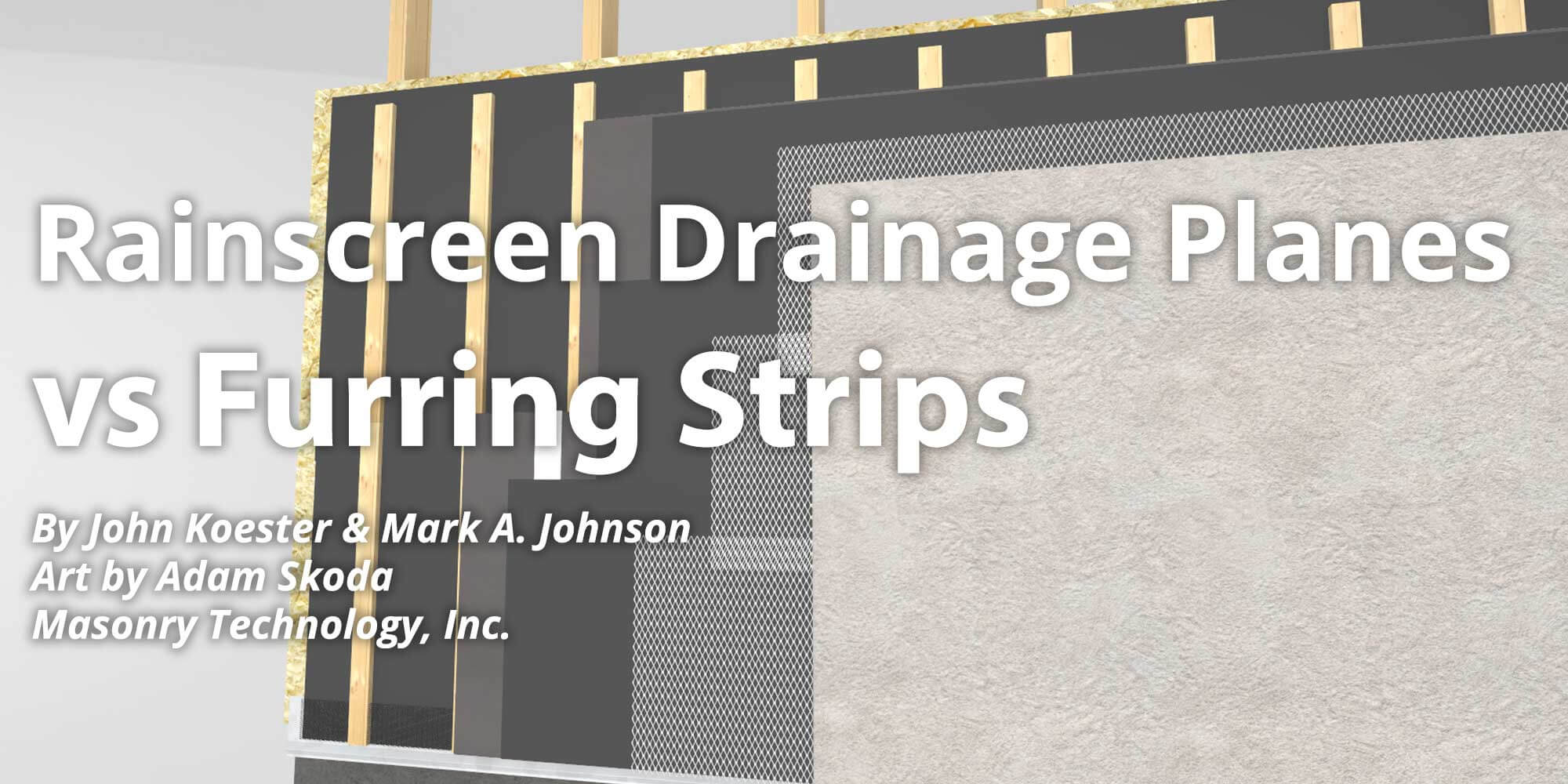 The construction industry and more specifically, the building envelope sector of the construction industry, seems to embrace the status quo with exceptional tenacity. There are obvious reasons for this unwillingness to change. Manufacturers of products currently utilized in building envelopes don't want to see change, and many tradespeople don't want to learn new techniques.

“For time and the world do not stand still.  Change is the law of life.  And those who look only to the past or the present are certain to miss the future.” John Fitzgerald Kennedy The idea that “Change” is a law of life has been proven true again and again since the dawn of time.  In our own lifetime think how much technology has changed the way we live in just a few short years.  And yet we seem so slow to change.  Many of us actually dread the idea!  Our present habits are like the comfortable old jeans we refuse to throw out despite the stains and holes.  Resistance to change is as predictable as the knowledge that change is inevitable. The construction industry and more specifically, the building envelope sector of the construction industry, seems to embrace the status quo with exceptional tenacity.   There are obvious reasons for this unwillingness to change.  Clearly, manufacturers of products currently utilized in building envelopes don’t want to see change unless they have another product that fits with the new way of doing things.  Also, many tradespeople don’t want to learn new techniques when current practice has served them well for so long.  There is a long list of players who could be negatively impacted by the implementation of new technologies, new materials and new techniques including the shipping and storage industry, unions, contractors, raw materials producers, architects, specifiers and codes officials.  Building is a complex process, and there are countless individuals and organizations involved.

It is unfortunate that “change” is often accompanied by the words “forced to.”  While force may bring about superficial change, it rarely engenders quality of change.  One of the more common forms of force used to change the construction industry is through codes.  The dictionary defines the word codes as “any set of standards set forth and enforced by a local government agency for the protection of public safety, health, etc., as in the structural safety of buildings.”  Codes require the building industry to conform to a “minimum standard.”   It is the very least you can do without breaking the law and being subjected to fines and/or imprisonment.  There’s probably little realization among the general public that buildings are being constructed with the goal of meeting a “minimum standard.” Economics is the other factor that brings about change.  If a product is cheaper, smarter and sexier, and if consumers become aware of it, they’ll demand the new technology.  Industry will also shift to new technologies if they see an economic and/or marketing benefit.  For example, how many products have suddenly become “green?” The focus of this article is the adoption of modern rainscreen drainage technologies by the construction industry as a solution to the entrapped moisture problem.  The issue was first addressed in Canada in the last part of the 20th Century because widespread failures of the exterior building envelope were occurring.  Building scientists discovered that a space between the backside of the veneer and the front of the backup wall could alleviate the problem, and code was written to force this change. In 2005 the National Building Code of Canada was modified to include Section 9.27.2.2, Minimum Protection from Precipitation Ingress.  This section states, “an open drainage material, not less than 10mm thick and with a cross-sectional area that is not less than 80% open, is installed between cladding and the backing, over the full height and width of the wall.” 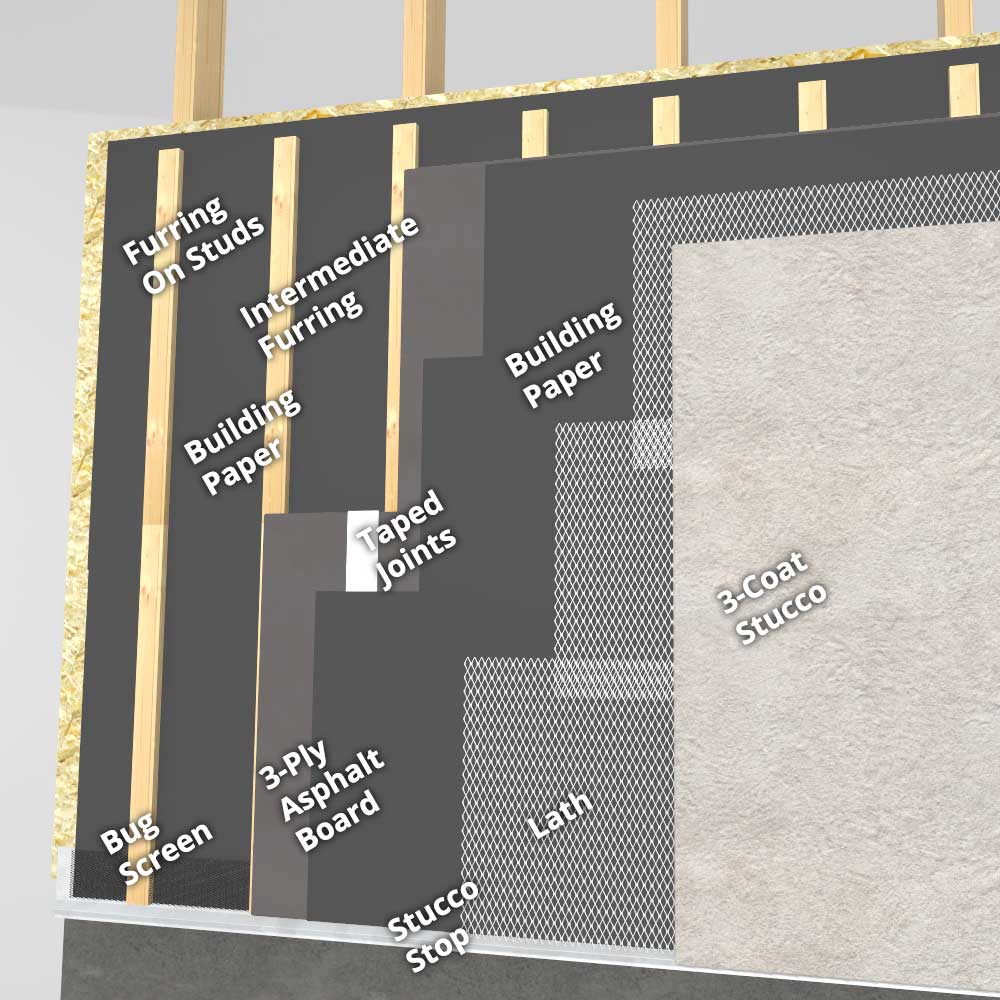 Contractors began using wood furring strips to create this space to allow moisture to drain down and out of the building envelope and to equalize air pressure between the front and the back of the rainscreen building envelope.  If installed correctly, they provided this required space behind the rainscreen for moisture to move out, and they allowed for air pressure equalization.  As time passed, new types of materials (plastic, metal, etc.) began to replace wood furring strips. In most furring strip applications, additional materials are required to complete and support the construction of this rainscreen drainage plane detail.  These supporting materials include some type of semi-rigid moisture-resistant panel or roll stock material used in combination with construction paper as a slip-sheet. There are several inherent problems with this type of rainscreen drainage system.  The two that are probably the most negative are:

Another factor that negatively impacts this system is its violation of the most basic principle of moisture management; it fails to provide a means for moisture to effectively exit the building envelope.  (Example B)   The International Building Code, Section 1403.2 states, “The exterior wall envelope shall be designed and constructed in such a manner as to prevent the accumulation of water within the wall assembly by providing…a means for draining water that enters the assembly to the exterior.”  Section 703.1.1 of the International Residential Building Code affirms this point. The three required components of a well-designed moisture management system to stop moisture penetration include: 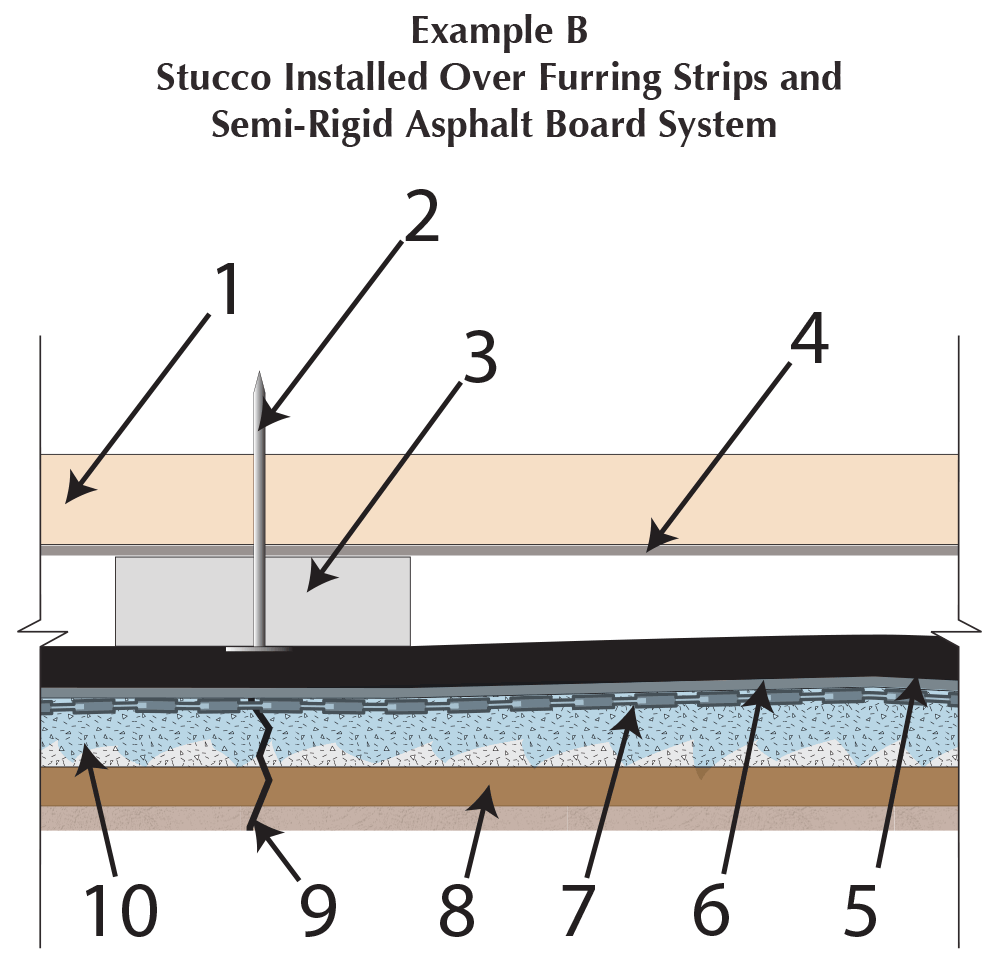 The furring strip rainscreen drainage system pictured in Examples A and B interrupts moisture at the building paper slip-sheet surface installed in front of the semi-rigid asphalt board but doesn’t provide a designed detail for this obstructed moisture to drain to the exterior (See Example B – Top Down View).

The required drainage that must be provided in front of a moisture “water stop” has a long history of being misunderstood and is often improperly detailed or even omitted in the design and construction of the exterior building envelope.  The root cause of this problem may be the construction industry’s unrealistic comfort level with the idea of “waterproofing.”  The reason for waterproofing’s preeminence can be at least partially explained by the petro-chemical industry’s rapid growth resulting in large volumes of byproducts in need of disposal (e.g. coal tar pitch from the coking of coal, asphalt from the distillation of petroleum, etc.).  When these byproducts were found to be excellent waterproofing materials, a market was needed; enter the construction industry! Prior to this period, about 125 years ago, various types of metals such as copper and lead, and some tree pitches and animal fat impregnated fabrics, were the only moisture-resistant materials available.  The construction industry’s only real moisture control was slope-to-drain.  Slabs and boards of semi moisture-resistant material were installed shingle-fashion on roofs with high pitches; they were also  installed vertically on walls.  Coal tar pitch and asphalt changed all that and led to developments like “low slope” or “flat roofs.”  The petro-chemical industry modified and improved on these original materials and also added many high-quality synthetic waterproofing materials.  These abundant, high-quality waterproofing materials distracted the construction industry’s attention away from the need for drainage. 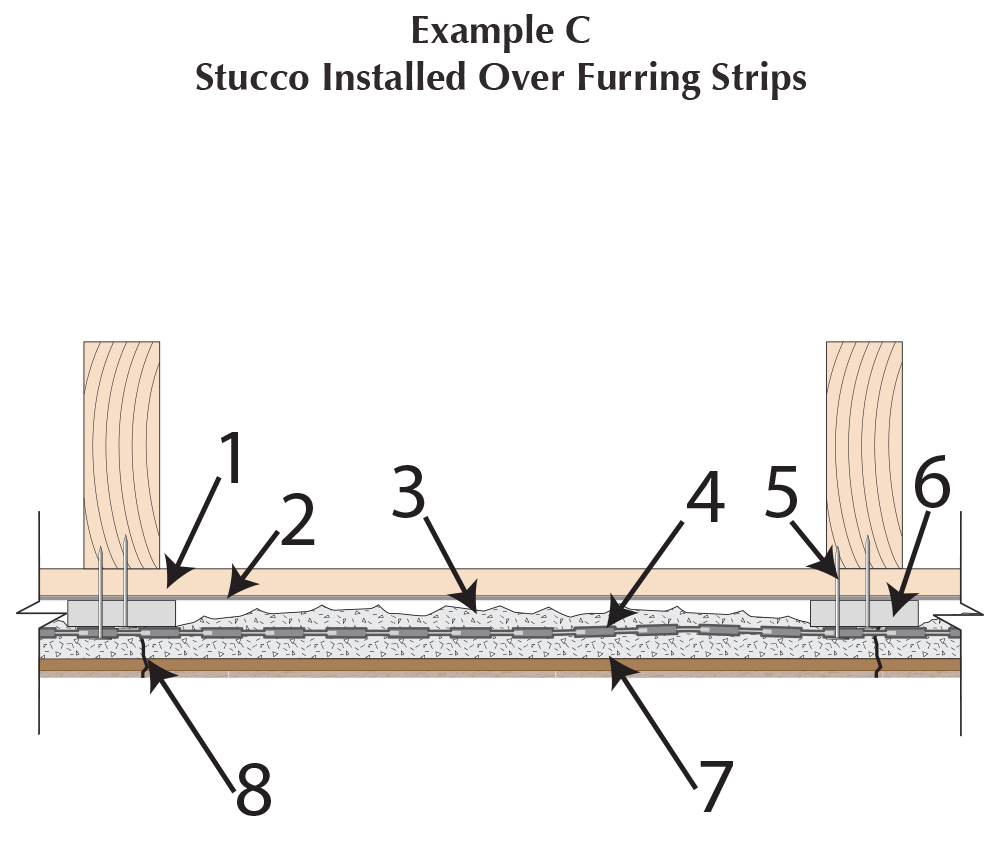 The Need for Drainage

With the avalanche of building envelope failures over the last two or three decades, the need for the inclusion of drainage in the building envelope moisture control equation has become increasingly clear.  Furring strips were an early answer, and were, at least for a time, an imperfect solution.  However, the placement of the furring strips created a new problem.  The early use of furring strips to create a drainage plane looked something like Example C. The furring strips, attached at each stud location, pushed against the scratch coat of mortar bellying it out and allowing the furring strip to come in close proximity to the stucco lath.  This created a much thinner layer of stucco at each furring strip and often led to stress cracks in the three-course stucco. (See #8 Example C) 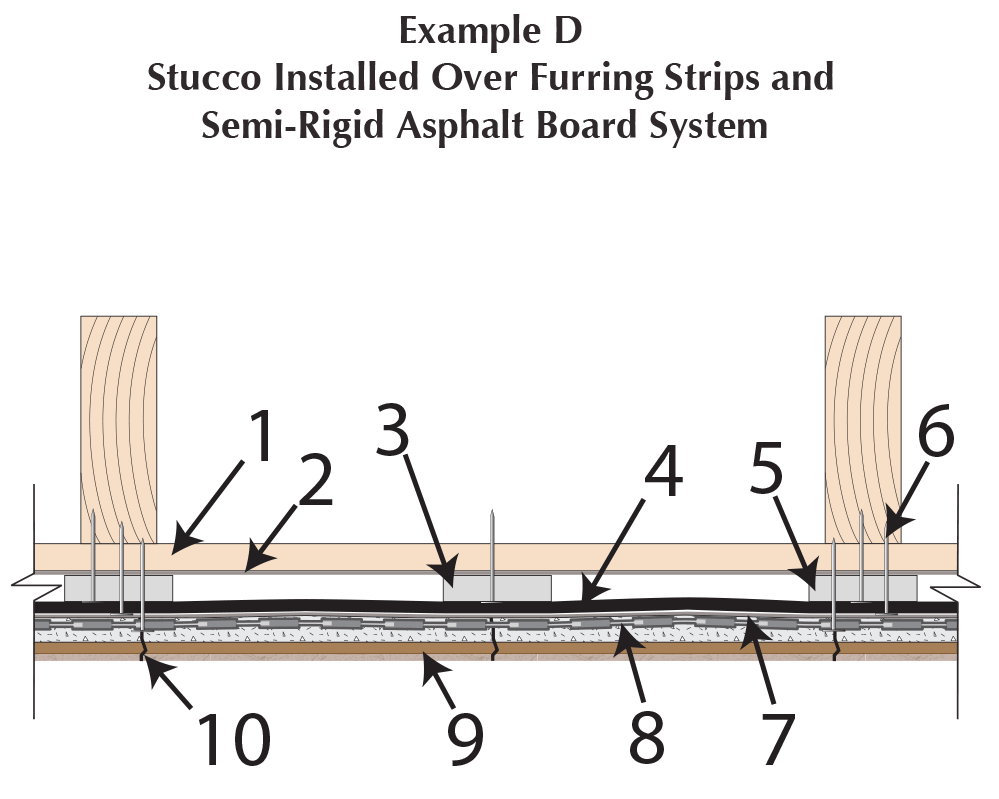 In an attempt to improve this application, an additional furring strip was installed midway between the 16” on- center furring strips. (See #3 Example D)  This alleviated some of the bellying/cracking problem, but it also created a new issue.  The labor forces would occasionally fasten the expanded metal lath to this nonstructural termination (the intermediary furring strip); this resulted in more extreme cracking. Excessive, uncontrolled cracking in the rainscreen of the exterior building envelope is unsightly, and it creates an opportunity for excessive moisture to egress into the rainscreen and potentially deeper into the exterior building envelope.  To make matters worse, the cracks were occurring at fastening points.  This fact potentially allowed egressing moisture to have a direct pathway along fastener shanks and into the stud cavity (See #5 & #6 Example E).  All because the labor force incorrectly used non-structural details as attachment points. 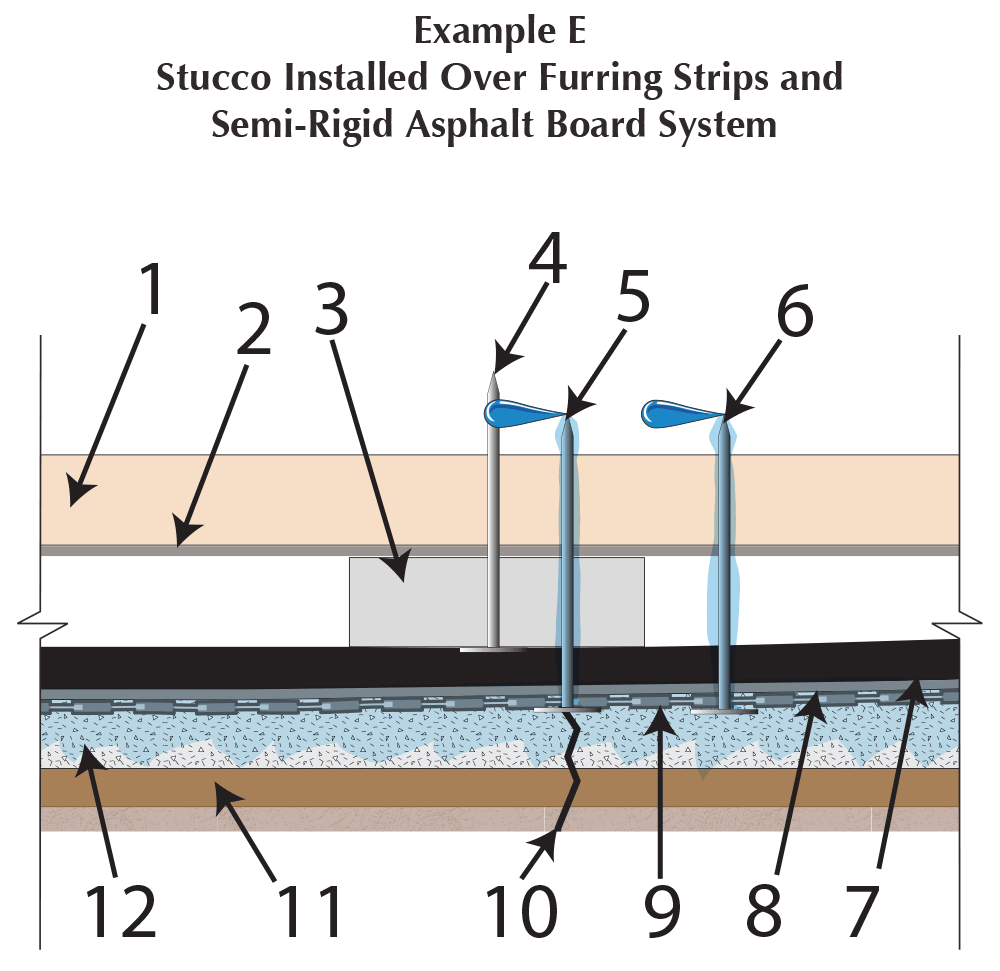 Incorrect placement of fasteners that penetrate to the backside of the backup wall sheathing and on through to the backside of roof sheathing does cause real “leak” issues.   However, the moisture patterns seen on the backside of the sheathing may not be from egressing moisture!  Instead, they could be a water pattern caused by the melting of frost balls or the run off of condensation.  What is really happening is that the shanks of the misplaced fasteners may not be pathways for liquid moisture; rather, they are pathways for cold temperature.  The result is the points of the misplaced fasteners are cold enough to create dew points that in turn allow for condensation in the form of frost balls or water droplets (See #4, #5 & #6 Example F).  So the old technology seems to have quite a bit of room for improvement. 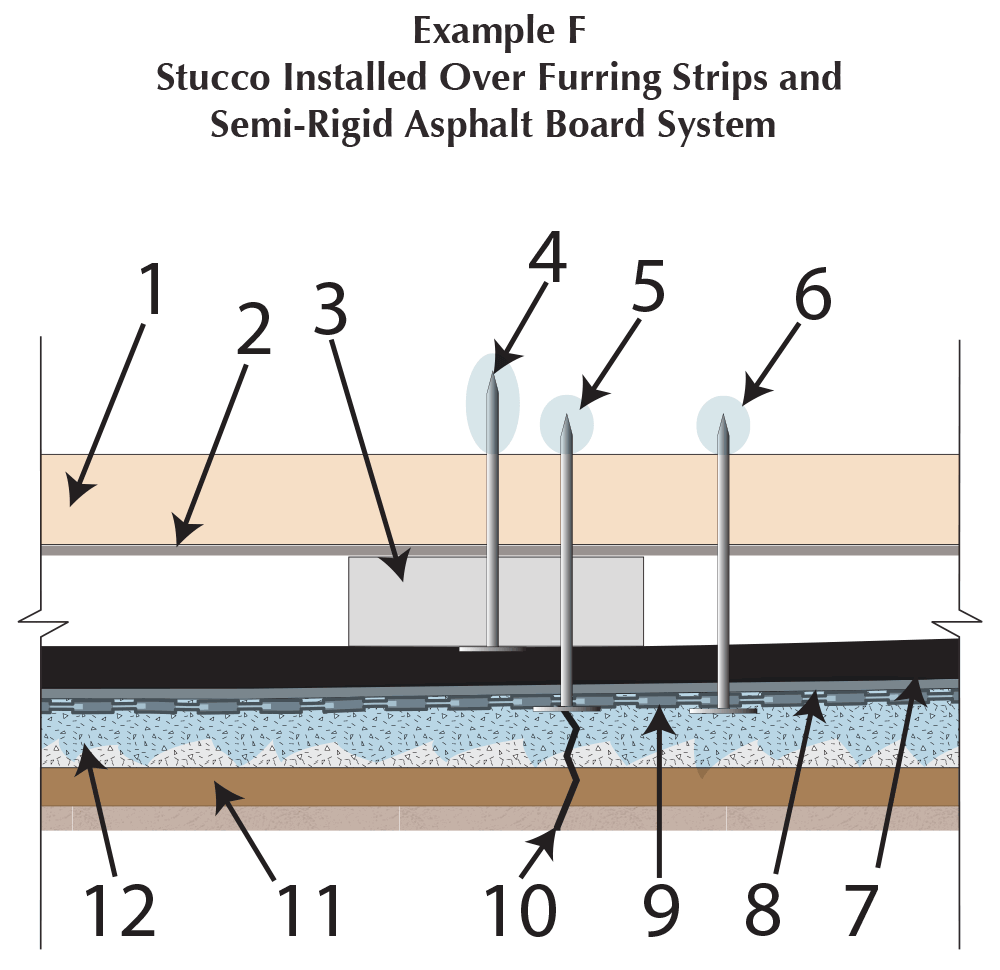 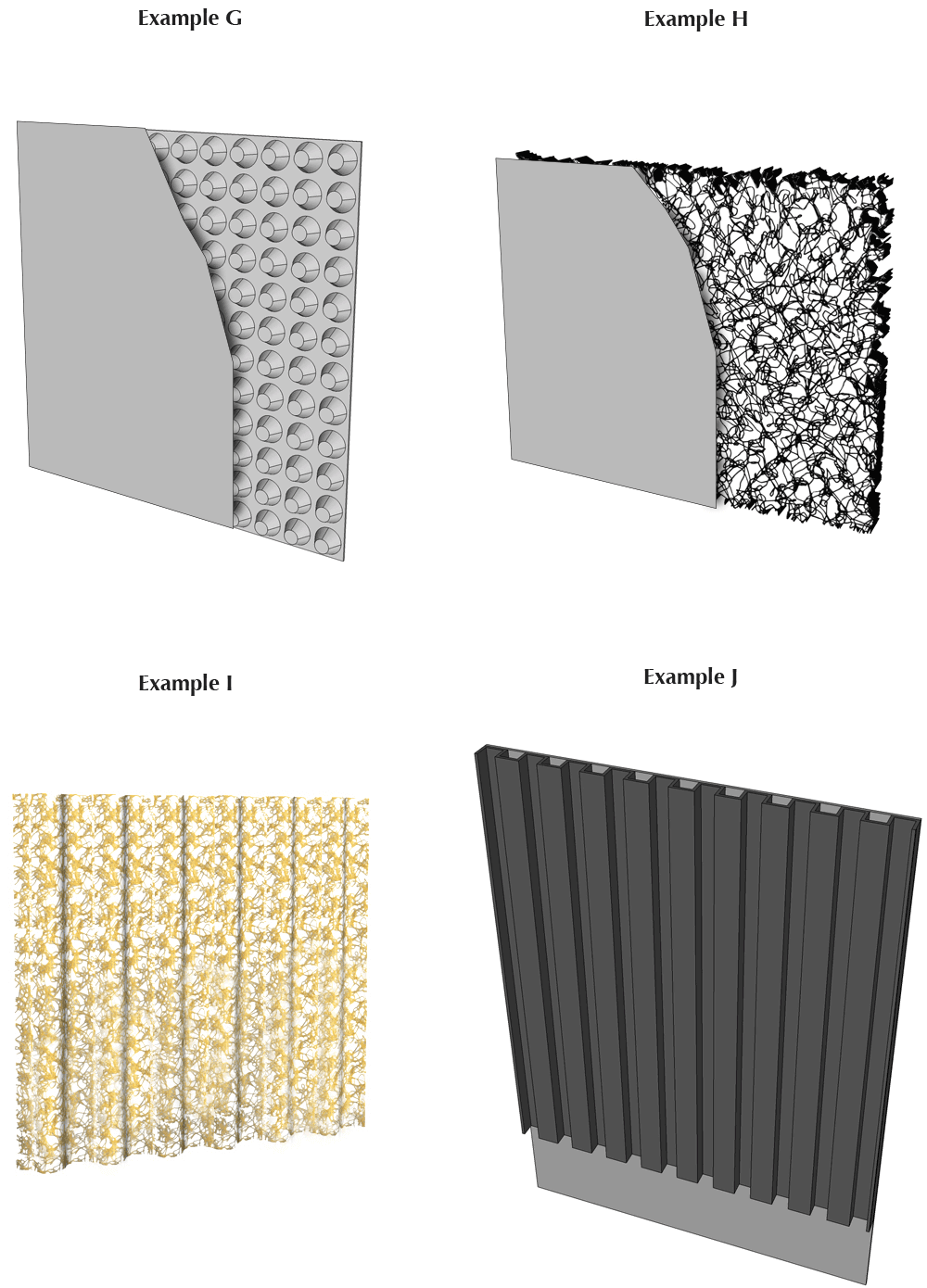 These four manufacturing procedures are used to create six of the major product lines that represent the new “mat” rainscreen drainage plane technology in North America.  They differ from one another in drainage efficiency, compressive strength, and ease of installation.  What they all bring to the construction industry, and specifically to the exterior building envelope segment of the construction industry, is ease of installation and in most cases, a more predictable cost-effective rainscreen drainage plane.  When choosing which one of these new rainscreen drainage plane technologies to use in your next project, select the one that best suits your veneer/rainscreen type and one that has a CCMC evaluation number.